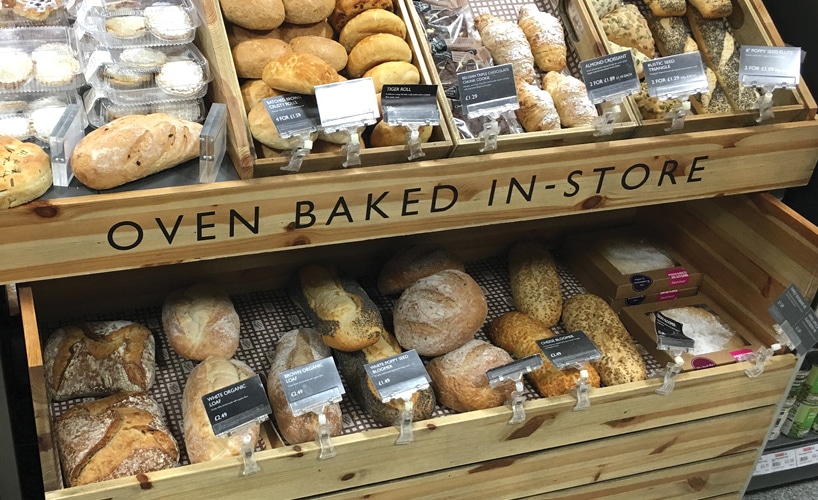 David commented, “We have six supermarkets and several convenience stores all within a three mile radius, so our shoppers have plenty of options when it comes to where to spend their hard-earned money. To help sway that choice in favour of Parkfoot, we need to ensure we provide them with what they want from a store, so we regularly ask shoppers their views, and the findings have helped shape our improvement plan.”

Keen to see the changes that have been made, the Partners for Growth team were delighted when David offered to host a quarterly Retailer Advisory Panel meeting.

During the visit, David shared his vision for the business and walked us through the store developments, which were numerous.

One panel member commented, “What David and his team have managed to achieve in  such a short period of time is really impressive. As well as a first class forecourt, it’s also an award-winning convenience store, a full-on Butchers shop, a Village Bakery, a quality Off Licence, a CTN, a weekly shop Grocery Store and a Cafe, all rolled into one! It’s a great example to other retailers of what can be achieved with focus, hard work, some investment and a great team – its hardly surprising that one customer called it the Harrods of garages!”

So impressed were the panel with the improvements, that they felt we should share the details of the many improvements to help other retailers develop their own improvement plan.

So how has David managed to implement so many sweeping changes in a relatively short space of time? David attributes his achievements to two key things:

First and foremost, he puts it down to his amazing team; He has long held the view that for a business to be successful, it is essential to have an engaged and loyal team, so he set about creating the right conditions for this to happen.

Central to this was his belief that people should be paid a national living wage, David was a vocal advocate of this when he introduced it at Parkfoot. He found by doing so, he had the choice of the best quality people, who have remained exceptionally loyal, which is unusual in the retail industry.

He has also worked hard to foster a caring and stimulating environment at work, which enables his team to flourish and grow not only professionally, but personally too.

He provides extensive training, not just so his team are equipped to take responsibility and give the most to their roles at work, but also to help them learn new things that broaden their horizons outside of work. When a couple of his team said they would like to learn to sign, he was happy to organise sign language training, which many of the team have now taken up.

Finally, in an age of reports of exploitation of people in the retail environment, David limits his team to 40 hours work a week and insists they take regular breaks during their shifts because he feels it is important that people have a quality of life, both in and out of work.

Since starting on the journey of improvement, he has increased the size of his team from 26 to 54, a sign of the scale of the task he took on with his improvement plan.

The second factor key to the success of the business is David’s determination to retain as much control of his business as possible, particularly when entering into supplier contracts.

That’s why when he negotiates a contract with a supplier, he looks for a solution that leaves him with maximum control and flexibility to manage and promote his business.

Indeed, his choice of Spar as his Symbol partner was driven by this philosophy, as he felt they allowed him greater flexibility to influence and control his business compared with other Symbol partners he looked at, so he feels they are a natural fit for him.

David commented. “As an independent retailer, maintaining the maximum control in running my business is important to me, as it allows me to grow it in the way I want, without being tied to sometimes overbearing restrictions stopping me from doing this.”

With all the changes in place it’s not surprising that Parkfoot has experienced its best weekly sales ever, but it does go to show that hard work does pay off! 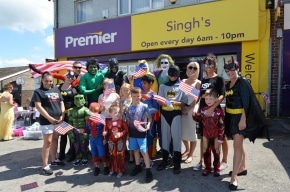 Partners for Growth 2 days ago

A fantastic example of a Convenience store playing to its convenience strengths by offering innovati...

Partners for Growth 1 month ago

Is there an official publicised limit of Evian cases that you are allowed @mrkishorpatel ? Seems an ...